League City, TX (July 21, 2019) On the morning of July 21st, a car accident happened on FM Road 646 and West Walker Street. Two vehicles, involving a police car, collided at the intersection. The reports indicate that the police officer rear-ended a Corvette at around 1:30 a.m.

When emergency personnel arrived at the intersection to help, they found the police officer and the driver of the Corvette both trapped inside of their vehicles. They were immediately extricated and tended to. The police officer was flown to the closest hospital via an emergency helicopter. The driver of the Corvette was also taken to the nearest hospital.

The Texas Department of Public Safety is still investigating to determine why the collision occurred.

We hope the police officer and other driver both recover soon from their injuries. 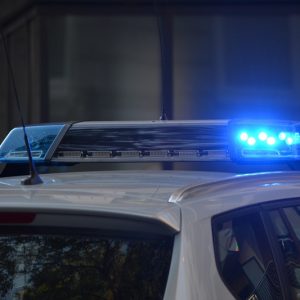 Hundreds of police officers are injured annually in vehicle accidents. Often times accidents occur when they’re rushing because they were called to an emergency, which causes them to speed, swerve, and break traffic laws. Unfortunately, driving negligently often leads to serious collisions, no matter if one’s intentions are good. Drunk drivers are often on the road between the hours of midnight and 6:00 a.m., which makes it easier for a collision to occur.

At Benton Law Firm, we represent those who have been wrongfully injured in collisions that could have been avoided. We have helped thousands of clients win large settlements after successfully proving their negligence claims against all responsible parties. Contact our office today for a free consultation at 214-219-4878 if you’ve been injured in an accident and would like to file a personal injury lawsuit.

Disclaimer: The intent of this post is to provide general information to our readers and to help improve the safety and quality of life of those who live in our state. At the Benton Law Firm, we intend to honor those who are victimized in accidents across Texas. We aim to provide up to date information to the public surrounding these incidents in hopes of helping others to avoid becoming victims themselves or to know how to respond should a tragedy occur. Do not rely on any information within this post. Instead, seek further assistance from a legal or medical professional whenever necessary. The photos depicted in these posts are not representative of the actual accident scene.