Austin, TX (September 1, 2019) On the morning of September 1st, a hit-and-run DUI accident took place in the 4400 block of southbound I-35. Police officers on motorcycles had their emergency lights on blocking lanes of traffic as workers moved barricades from the highway when a dark-colored sedan rear-ended the back of one of the motorcycles causing injuries. The driver of the sedan proceeded to drive off without stopping. The accident took place just after midnight.

When other police officers and emergency crews arrived, they found one of the officers injured at the scene. He was rushed to the nearest hospital for treatment. He has been identified as Officer Abel Garza.

Authorities later found the driver responsible and charged him with failure to stop and render aid. He also admitted to being under the influence at the time of the accident. He has been identified as Jose Hernandez Garcia.

Our thoughts are with Officer Abel Garza as he begins recovering. 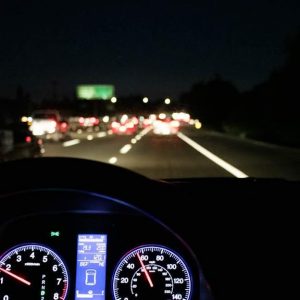 DUI accidents occur every day in Texas, but they’re most common during the weekend between the hours of midnight and 6:00 a.m. Drivers who are under the influence are more likely to accidentally strike another vehicle and drive off due to fear of being arrested because of their criminal history. However, when drivers are eventually caught for their negligent actions, they’re likely to face even worse charges.

At The Benton Law Firm, we have spent years committing ourselves to assisting injured victims with filing personal injury lawsuits against drunk drivers. We have helped thousands of clients win their cases, and we plan to help many more. Contact our office for a free consultation if you or someone you love was injured in a motorcycle accident at 214-219-4878.

Disclaimer: The intent of this post is to provide general information to our readers and to help improve the safety and quality of life to those who live in our state. At The Benton Law Firm, we intend to honor those who are victimized in accidents across Texas. We aim to provide up to date information to the public surrounding these incidents in hopes of helping others avoid becoming victims themselves. If anyone is involved in an accident we would like to make sure they know how to respond, should a tragedy occur. Information in this post, should not be considered legal or medical advice. You should seek further assistance from a legal or medical professional if you or a loved one is a victim in an accident. The photos depicted in these posts are not representative of the actual accident scene.