Amarillo, TX (October 6, 2019) – Three vehicles were involved in a fatal head-on collision on the morning of October 5th. The Texas Department of Public Safety reported that a U-Haul truck was headed west on Interstate 40 when it veered across the center median and collided head-on with a semi-trailer. A second semi-trailer was unable to brake in time and rear-ended the first semi-trailer. As a result, the U-Haul caught on fire. The accident happened at around 8:30 a.m.

When emergency crews arrived at the accident, they found the driver of the U-Haul dead at the scene. He has been identified as 53-year-old Brian King of Arizona. His passenger, 75-year-old Judith King of Iowa, also sustained fatal injuries.

The accident remains under investigation at this time.

We would like to offer our deepest condolences to the family of the deceased victims Brian King and Judith King at this time.  Our thoughts are with the injured victims and their families in hopes of a full recovery. 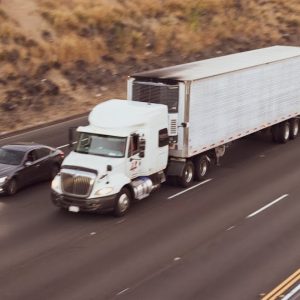 Studies show that head-on collisions are the most dangerous type of collision to be involved in because they are the most fatal. These collisions are most common in rural areas and are often a result of negligence, hazardous roads, poor lighting, or mechanical errors. Those involved in a head-on collision are at higher risk of sustaining fatal injuries since the force of impact is doubled.

At The Benton Law Firm, we specialize in defending injured victims who were harmed in head-on collisions by pursuing all negligent parties for damages. We have helped thousands of clients prove their negligence claims over the past two decades because we believe injured victims should be fairly compensated if they were not at fault for a collision. Contact our office today to consult with one of our personal injury lawyers if you were harmed in a head-on collision. We offer free consultations and can be reached at (214) 219-4878.