San Antonio, TX. (March 4, 2020)- Two people were injured in a three-car crash on Sunday, March 1, 2020. The accident occurred at around 1:30 p.m. at Old Sky Harbor Drive and Old Pearsall Road on the Southwest Side of San Antonio, Texas. The police reported that a driver was traveling eastbound at a high rate of speed and crashed into the driver of a small, red car. The impact of the crash caused the red car to hit another vehicle. Officials reported that the speeding driver fled the scene on foot, but was later apprehended by the authorities. Two victims were transported to University Hospital with injuries. The crash remains under investigation.

Our thoughts are with the injured victims and their families at this time. We wish them a complete recovery. 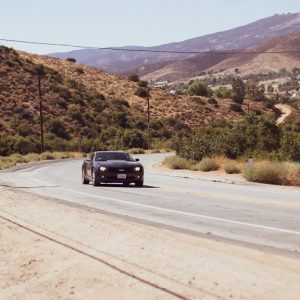 Most vehicles lose control when they drive above the speed limit, which is responsible for causing most of the accidents in Texas. In fact, it’s unfortunate that most drivers speed when they are rushing, experiencing road rage, or driving under the influence. It’s important not to disregard the speed limit because the signs are there to keep the roads safe as well as to prevent vehicles from losing control. When drivers fail to abide by these laws, they run the risk of losing control of their vehicles and causing major collisions that could leave others seriously injured.

At The Benton Law Firm, we understand how difficult being involved in accidents can be for all parties. However, we strongly believe in holding negligent drivers accountable for their actions, which is what we have spent two decades doing. If you or someone you love was injured in a car accident and would like to file a personal injury lawsuit, contact our office today for a free consultation at (214) 777-7777.