One Killed, Two Injured in in Rollover Crash on Loop 1604 near Tradesmen Drive in San Antonio

San Antonio, Texas (March 25, 2020)- One person was killed, and two others were injured in a rollover crash on March 24, 2020 in San Antonio, Texas. The crash occurred around 7:00 p.m. on Loop 1604 near Tradesmen Drive. Police reported that an SUV occupying three people was involved in a collision with another vehicle on the highway. The driver of the SUV lost control, causing the vehicle to hit a wall and roll over. One victim of the crash was pronounced dead at the scene. The other two occupants were transported to the hospital with injuries. Witnesses reported that the other car involved fled the scene of the accident. Police continue to investigate the accident.

We send our condolences to the family of the deceased victim. We also wish the injured victims a complete recovery. 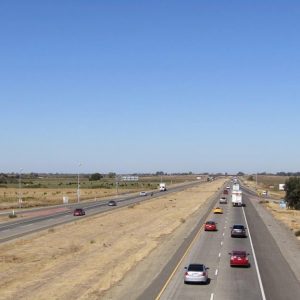 Thousands of drivers lose their lives every year in Texas after being injured in hit-and-run accidents. Most drivers flee the scene late at night when they think no witnesses are around to see them. Drivers also flee the scene when they are under the influence or have a criminal record. However, once drivers are caught, they may have to pay large fines and serve jail time if their actions took the lives of others.

At The Benton Law Firm, we help families file wrongful death lawsuits against reckless and irresponsible drivers. Our mission is to ensure families don’t have to pay out-of-pocket for damages and losses caused by other negligent drivers. If you lost a loved one in a hit-and-run accident, contact our office today for a free consultation at (214) 777-7777.