Waco, TX. (October 14, 2020)- Glafira Ann Rodriguez-Flores was killed, and two others were injured in a two-vehicle crash on October 10, 2020 in Waco, Texas. The accident occurred around 11:45 p.m. at the N 9th Street and Jefferson Avenue intersection. Police reported that the driver of a 2007 Buick SUV ran a stop sign and crashed into a 2008 Cadillac DTS driven by Glafira Ann Rodriguez-Flores. Rodriguez-Flores was pronounced dead at the scene. Two passengers in the Cadillac were transported to the hospital with serious injuries. The driver of the Buick fled the scene of the crash, was later found and charged with failure to stop and render aid, causing death and aggravated assault with a deadly weapon. The crash remains under investigation.

Our thoughts are with the injured victims and their families. We wish them a full and speedy recovery.

We would like to offer our sincere condolences to the family of Glafira Ann Rodriguez-Flores. Our thoughts are with them at this time. 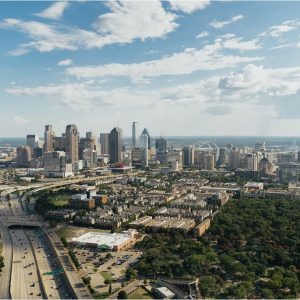 According to recent studies, within a 10-year time span, nearly 700,000 hit-and-run accidents occurred every year throughout the country. Unfortunately, when hit-and-run accidents occur at night, drivers are usually under the influence, in stolen vehicles, in unregistered vehicles, or have just committed a crime and fear being caught by authorities. Drivers may also have an expired license at the time of the accident as well.

Regardless of the reasoning behind fleeing the scene of an accident, drivers should be held financially responsible for all damages and losses, especially if they were at fault. At The Benton Law Firm, we help families file wrongful death lawsuits against negligent drivers after losing loved ones in hit-and-run accidents. If you would like a free consultation with one of our experienced attorneys, call us today at (214) 777-7777 . We understand that no amount of compensation can replace the life of a loved one, but we still like to help families alleviate the financial burdens of post-accident expenses.