San Antonio, TX. (June 14, 2021)- 29-year-old Monique Rodriguez was killed in an auto-pedestrian crash on June 10, 2021 in San Antonio, Texas. The accident occurred around 7:00 a.m. at a bus stop on Culebra Road near North Navidad Street. Police reported that the 18-year-old driver of an eastbound Chevrolet sedan was traveling at a high rate of speed when they attempted to pass another vehicle. The Chevrolet driver then drove into westbound lanes, struck a curb and drove onto the sidewalk where Rodriguez was sitting on a bench. The driver then crashed into a chain-link fence. Rodriguez was pronounced dead at the scene. The Chevrolet driver and passenger fled the scene on foot but were later located and arrested several blocks away. The driver was charged with intoxication manslaughter and failure to stop and render aid. The crash remains under investigation.

We would like to offer our sincere condolences to the family of Monique Rodriguez. Our thoughts are with them at this time. 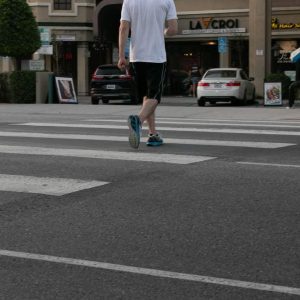 According to statistics published by the Texas Department of Transportation, approximately 3,700 people lose their lives in collisions across our state each year. Sadly, over 600 victims are pedestrians traveling by foot outside of vehicles. When pedestrians are fatally injured in motor vehicle accidents, they often leave behind families and friends who are devastated by their loss. In some cases, surviving relatives can contact a wrongful death attorney in Texas to get justice.

Our Texas pedestrian accident attorneys at The Benton Law Firm have over two decades of combined experience fighting on behalf of grieving families. Our team works diligently to help relatives recover the maximum amount of compensation for funeral services, pain and suffering, and various other damages incurred after losing a loved one. When victims die in these horrific accidents, due to the negligent actions of others, their families can contact our law firm at (214) 777-7777 to get the justice and compensation they deserve.