How Do Helmet Laws Impact Fault in a Bike Accident? 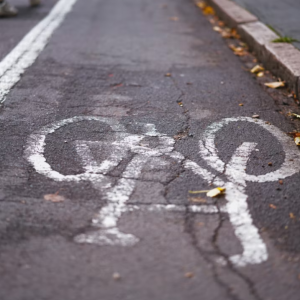 Bicycling accidents can be devastating for a cyclist. Among the several types of injuries cyclists can suffer after being hit by a vehicle or hitting an obstacle in the road are head injuries. When someone goes to file a claim in the wake of a bike accident, however, does whether the cyclist was wearing a helmet impact the likelihood of the other party being found at fault? There are a number of factors that a qualified Texas bicycle accident attorney can use to help determine whether a driver who hits an un-helmeted cyclist is likely to be found to be at fault.

In personal injury law, to prove fault means proving that the party who caused the accident is responsible for the victim’s injuries through negligence. Negligence is the failure to take proper care in whatever activity led to the injury. In bike accidents, a drivers’ negligence usually comes from distracted driving, being under the influence of alcohol or marijuana, or driving without regard to other roadway users. In the wake of a bike accident, these factors will be weighed against the actions of the cyclist, such as whether they were taking proper precautions on the roadway or whether they were following traffic laws immediately prior to the accident.

When evaluating a bike accident case, there are a few things that a knowledgeable and experienced lawyer will look for. When they’re examining the behavior of the driver, this means they are looking for evidence of speeding, driving in the bike lane, driving while distracted or under the influence, or driving mistakes, such as failing to check their right-side mirror before making a right-hand turn. They will also look for evidence that the driver acted intentionally to either push the cyclist off the road or strike them, which can make a bicycle accident into a criminal case.

While drivers are often at fault in bicycling accidents, the bicyclists themselves can also exhibit behaviors that could contribute to causing the accident or that could prevent the driver from being at fault. These behaviors can include failing to use bicycle facilities when they are provided, failing to follow traffic laws, weaving in and out of traffic, and riding at night without proper reflectors or lights. As a cyclist, it is in your best interest to ride defensively, ensuring that you are following all applicable Texas laws regarding cycling.

Many states have laws requiring riders to wear helmets while operating a bicycle, but Texas does not. In Texas, only certain municipalities, such as Austin, require riders under the age of 17 to wear helmets. Even so, whether you are wearing a helmet can have an impact on how likely you are to receive compensation in the wake of a bicycling accident. 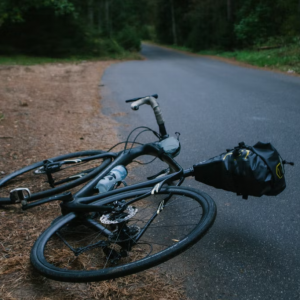 If you are in an accident that results in a head injury, you are far more likely to receive compensation if you were wearing a helmet at the time of the accident, especially if the driver was found to be the one behaving negligently. On the contrary, not wearing a helmet could reflect on you as negligent behavior that increased the severity of the accident, even if the driver was found to be at fault. Beyond helmets, many authoritative sources in Texas clearly publish the rules of the road for cyclists. Following these can help limit your likelihood of being involved in an accident and decrease your chances of being found at fault if you are involved in an accident.
While Texas does not have a law requiring bicyclists to be wearing a helmet while operating a bicycle, helmets are a helpful tool to reduce the likelihood of a traumatic brain injury. Not only that, wearing a helmet leaves a positive impression on juries and insurance companies.

It’s better for your health, too. A recent study that appeared in the American Journal of Surgery finds that bicycle riders wearing helmets have 51 percent reduced odds of suffering a severe traumatic brain injury, while helmeted riders also have 44 percent reduced odds of mortality compared to riders not wearing helmets. Whether or not the state requires you to wear a helmet, it is certainly in your best interest to do so.

If you or someone you love was involved in a bike accident, a qualified Texas bicycle accident attorney could help you evaluate the facts of your case. The Benton Law Firm can help you pursue the compensation you need to get back on your feet and recover from your injuries.

Call the Texas bicycle accident lawyers of The Benton Law Firm today at (214) 777-7777 for a free, no-hassle consultation.