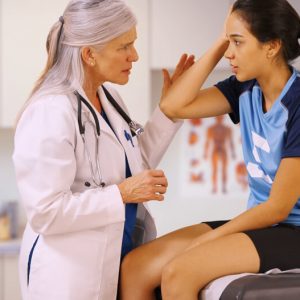 For a long time, concussions were viewed as a mild form of injury. Today, as we continue to gain new insight into the human brain, we know that concussions can be a serious medical condition. In the short term, concussions can disrupt a person’s life causing pain and memory problems. Multiple concussions can cause long-term health problems and complications. Concussions in children can even impact brain development.

Unfortunately, concussions are one of the most frequent injuries reported in motor vehicle accidents, especially accidents involving large trucks. Large commercial trucks can weigh up to 80,000 pounds when they are fully loaded with cargo. Because of their enormous size and weight, these trucks can cause catastrophic injuries to passengers in smaller vehicles.

If you or a loved one has suffered a concussion or other serious injury after being hit by a large truck, contact the experienced Dallas truck accident team at The Benton Law Firm. At The Benton Law Firm, we understand the heavy toll a brain injury can take on your life. We strive to help victims like you recover the compensation they deserve after an accident. Call us today at (214) 777-7777 for a free legal consultation and let us help you get the money you need.

What is a Concussion?

The forces that cause a concussion can damage the brain by bruising nerves and injuring blood vessels. The resulting damage to the nerves and vessels can cause chemical changes in the brain itself. These chemical changes may result in a loss of normal brain function, though this change is usually temporary. While a single concussion may not be enough to significantly damage the brain and result in long-term complications, multiple concussions can create structural changes in the brain. Chronic Traumatic Encephalopathy or CTE is a brain disease that may be the result of multiple concussions or blows to the head.

How Do Concussions Happen in Truck Accidents? 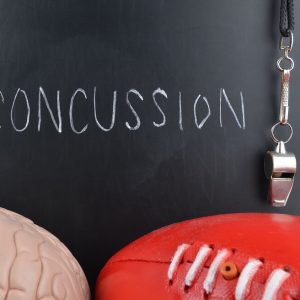 Data from the Centers for Disease Control and Prevention estimates that motor vehicle crashes are one of the most common causes of concussions and other traumatic brain injuries. Truck crashes are one of the most devastating types of traffic-related accidents. The Texas Department of Transportation estimates that in 2020, Dallas County recorded a total of 3,735 crashes involving large commercial trucks.

When an 80,000-pound vehicle collides with a 3,000-pound passenger vehicle, even at slow speeds, the results can be devastating. Concussions are especially common in rear-end accidents involving large trucks. The sudden impact from behind can jolt victims in the lead car, causing head injuries. More serious head injures can also result from victims being forced into the dashboard.

Concussions can also occur when the force of an impact sets off a motorist’s airbags. If the jolt doesn’t do immediate damage, the sudden deployment of the vehicle’s airbags can generate enough force to jolt the head, causing a concussion. Some of the most common truck accidents that result in concussions include:

Large trucks can cause significant damage to smaller passenger vehicles. The National Highway Traffic Safety Administration estimates that in 2017, 72 percent of those killed in accidents involving large trucks were the occupants of the smaller passenger vehicles. The size and power of commercial vehicles make them particularly dangerous to other motorists, especially if the truck driver is reckless or negligent.

Some of the most common signs of a concussion include:

Delayed signs of a concussion can also include:

In some cases, a physician may also want to order a CT scan or an MRI. These are imaging tests that can check for signs of bleeding and swelling in the brain.

Dealing with the truck company’s insurance company while you are recovering from a concussion can be challenging. A concussion can leave you feeling unlike yourself for several days, sometimes even weeks. That is why you should contact the legal team at The Benton Law Firm for help. We can handle the logistics of your claim and negotiate aggressively on your behalf, so all you have to focus on is your recovery.

Don’t let the truck company take advantage of you in your vulnerable state. Trust your case to the experienced Dallas truck accident team at The Benton Law Firm. Call today at (214) 777-7777 for a free, no-obligation consultation.