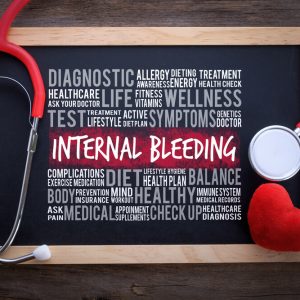 Negligent truck drivers need to be held accountable for their actions, especially when those actions result in potentially life-altering conditions such as internal bleeding. At The Benton Law Firm, we help truck accident victims who were injured through no fault of their own get the justice and compensation they deserve.

What Is Internal Bleeding?

While the signs of significant injuries like broken bones may be apparent after a large truck accident, internal injuries, such as bleeding, can be difficult to spot. Some of the most common symptoms of internal bleeding tend to include:

Severe internal bleeding can also cause seizures, rapid heart rate, loss of consciousness, and potentially leaking of blood from orifices such as the eyes, ears, or nose. 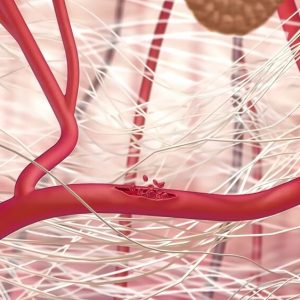 If internal bleeding is suspected, physicians will conduct a complete physical examination. They will also generally request diagnostic imaging tests to help them pinpoint the source of bleeding. These tests may include:

How Does Internal Bleeding Happen?

Internal bleeding following a truck accident is generally the result of physical trauma. This trauma can be either blunt force trauma or penetrating trauma. Blunt force trauma is caused by a sudden blow or impact to the body. Blunt force causes internal injuries when vessels and tissues are damaged by being physically hit, or when they are crushed or torn from the sheer force of the impact. There are multiple ways that a truck accident can cause blunt force injuries to the body.

Compensation for internal injuries sustained in a truck accident may vary. Generally, the severity of a victim’s injuries, as well as the cause of the accident, will factor into the value of a victim’s claim. A skilled attorney can gather evidence from the crash as well as medical documentation that outlines the full and fair value of a claim. An attorney can then use this valuable information to negotiate with the trucking company, attorneys, and insurers on behalf of the victim.

While the value of internal injury claims can fluctuate, generally victims can attempt to recover compensation for the following:

For helping to establish the value of your internal bleeding claim, contact an experienced truck accident attorney with The Benton Law Firm.

Get in Touch with an Experienced Truck Accident Attorney Today

Internal bleeding is a serious medical issue. You may face extensive medical and surgical bills and then have an upward battle facing off against the at-fault trucking company and its attorneys and insurers. Take the time you need to rest and recover, while the team at The Benton Law Firm fights to recover the compensation that you deserve after being injured in a crash with a truck due to someone else’s negligence.

Schedule your free and confidential consultation with our office today. Call us at (214) 777-7777 to get started. We want to help you build a case that stands the best chance possible at earning you a favorable result.