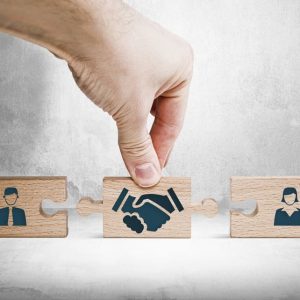 Pursuing a lawsuit can be expensive and time-consuming for all parties involved. Mediation is an alternative dispute resolution process that allows opposing parties to resolve conflicts outside the legal system. Sometimes, courts order plaintiffs and defendants to participate in mediation, and if the two parties can agree in mediation, they won’t have to go through a costly trial. Parties can also pursue mediation privately to avoid litigation. Mediation is not legally binding unless the parties come to an agreement and sign a contract at the end of mediation.

How Does Mediation Work?

During mediation, a neutral third party, such as a retired judge, will facilitate an informal but structured discussion and help the two parties reach a compromise. Unlike a judge or an arbitrator, mediators don’t have the authority to issue a ruling. Their role is to encourage cooperation between opposing parties and to help them resolve their differences.

At trial, a judge or jury decides whether the plaintiff should receive compensation and determines the award amount. The judgment or verdict is legally binding. In mediation, however, the participants control the outcome of the case. Because the mediator has no authority to decide the case, mediation is not legally binding until the parties have agreed to a settlement and signed a written contract.

If you are going through mediation, it is crucial to understand the legal constraints of the process and the importance of sticking to the agreement before you sign a contract. Failing to honor the terms of a mediation agreement can have severe consequences.

Read more: How Does Mediation Work In A Personal Injury Case? 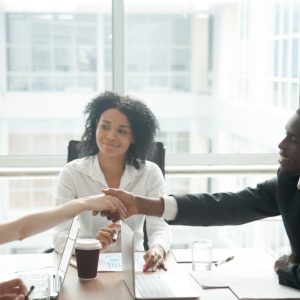 If the court ordered mediation and one party refuses to honor the settlement agreement, they could be held in contempt of court or face other legal action such as hefty fines and civil arrest. If mediation was not court-ordered, the other party or parties could hold the person who violated the contract accountable by filing a civil lawsuit for the original dispute and breaching the agreement.

In rare instances, mediation agreements are not enforceable and can be overturned. For example, if a mediation agreement is not written down (i.e., it was an oral agreement) or never involves a judge, then the court won’t be able to enforce it. Other reasons a mediation agreement may not be legally binding include fraudulent misrepresentation, duress, or mental incapacitation. If you are concerned that one of these factors may prevent the court from enforcing your contract, you should consult with an attorney.

Let’s discuss some of the core differences between the two concepts.

Going through mediation doesn’t necessarily guarantee that you will walk away with a settlement, but many cases do settle during mediation. Others settle after mediation helps the participants understand the strengths and weaknesses of their respective cases. Sometimes, cases settle during the pre-trial phase or even during a trial. Mediation can be instrumental in helping both parties get a better grasp on the core, underlying issues of the dispute and the range of potential solutions available.

Contact The Benton Law Firm at (214) 777-7777 today if you were injured as a result of someone else’s negligence or carelessness in Dallas. A personal injury lawyer from The Benton Law Firm in Dallas can help you navigate insurance claims as well as the legal process. Pursue the settlement that you deserve.