What You Need to Do if Your Accident Report Is Incorrect 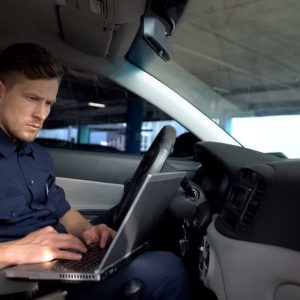 A police report is one of the most valuable pieces of evidence you can use against a negligent driver after a car accident. The report could contain details regarding the crash that show someone else is at fault and should be liable for your injury.

Unfortunately, there are times when the accident report isn’t entirely accurate. The investigating officer might include the wrong information about how the accident occurred or who is responsible for causing it. When that happens, it’s critical to provide law enforcement with the necessary evidence to support your version of the story so they can revise the report to include the correct details.

The Importance of a Police Report

When you get into a car accident, the police report is the document many auto insurance companies turn to for the facts. Officers who investigate motor vehicle collisions are often neutral, unbiased parties. They can review the circumstances and provide factual information on the report.

Insurance adjusters investigating liability claims will look at accident reports to determine who was at fault. If the officer concluded the injured driver caused the crash, the adjuster could decide that the person isn’t entitled to a settlement. However, if the information is incorrect, the accident victim might end up paying out of pocket unnecessarily for their medical care and other expenses.

The wrong details on police reports are often due to conflicting statements by different parties involved in the crash or the police officer’s error. The most common types of inaccurate information law enforcement officials write in police reports include:

If you notice any of the details on the accident report are wrong, you should notify the investigating officer immediately. The longer you wait to correct the mistakes, the more likely the insurance company is to consider the report as the correct version of events and deny your claim or offer a low settlement.

How to Fix an Incorrect Police Report

It’s vital to understand the difference between disputed facts and factual errors. Factual errors include things like the wrong insurance policy number or a misspelled name. Disputed facts are details multiple people might interpret differently. For example, the other driver involved in the collision might think you were at fault, but you believe they caused the accident.

You shouldn’t be accusatory or rude. Police officers are human and can make mistakes. Remain respectful during the conversation and explain which details are inaccurate and what makes them so. If you want them to make any corrections, you should be ready to back up your claims with evidence.

For example, the investigating officer might have taken your statement at the accident scene but misinterpreted what you said. If your statement isn’t accurate, you can ask them to attach an amended statement that includes what you actually meant.

Law enforcement doesn’t have to amend the report if they don’t think they made an error. You should hire an experienced personal injury attorney in Dallas, TX, to represent you in your claim. If the insurance company provides an insignificant settlement offer or denies your claim altogether because of the incorrect information in the accident report, you need someone to advocate for your rights and gather the evidence to prove that someone else should be liable.

The Benton Law Firm believes in fighting for people who have been injured by the wrongdoing of others. You have a right to hold the negligent driver accountable for causing the crash. The lost wages, medical bills, out-of-pocket expenses, and other costs you incur should not be your responsibility if your actions didn’t contribute to the accident.

Our legal team is ready to represent you in your case and seek the maximum possible compensation. We can investigate the accident and submit evidence to prove that the police report contains incorrect information. You should not suffer the consequences of someone else’s actions. Let us help you fight for the justice you deserve.

If you sustained an injury in a car crash due to someone else’s negligent conduct, call The Benton Law Firm today at (214) 777-7777 for your free consultation with one of our Dallas car accident attorneys.